The Dog Days of Summer: Us versus Them 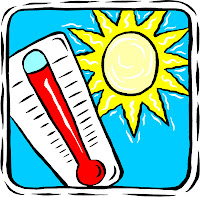 With summer in full swing and the temperatures rising, my husband and I have been trying our best to keep our cool. It's not always easy, but we manage. Let's just say, it's been a full four days of button pushing and testing limits.


The days leading up to my now three year old's birthday were magical. It was like a switch had flipped. The occasional dose of "terrible twos" appeared to be out of her system. We were seeing a new light. My youngest was following her big sisters

lead, and role model behavior. Quite frankly, my husband and I were in disbelief over how smoothly the days were going. It was nice . . . while it lasted. The good behavior and not so good behavior definitely seems to come in waves. We have learned to take the good with the bad and the bad with the ugly, but at the end of the day we know it's all worth it. We always end the day with a smile. (Even if it's due to the simple fact that it's bed time.)

The past few days have been tiring. My oldest no longer takes naps. Actually, she hasn't for a long time. She still needs them, otherwise from 4 PM on we enter "the witching hours". Up until recently I could usually bank on one four hour power nap a week, which seemed to do the trick. (For all of us). While she would play catch up with rest, it would usually give me a break to catch up on things around the house. Now, instead of sleeping, or resting, she sings songs. Really loud songs about butterflies, stars, or shoes. Though they are very creative and cute, they will often wake up her sister. Let me tell you . . . that's not cute.

There's a saying "never wake a sleeping baby", and even though Charlotte is not a baby anymore, she still falls into that category. NEVER wake a sleeping Charlotte, ever. EVER, ever, or you will pay. We paid twice over the past couple of days. I won't get into all of the details, but I will say this. . . While some kids display overtired behaviors with grouchiness and temper tantrums, my kids turn into a whole new level of crazy. Like wild animal crazy. By the end of the week we ended up with a broken kitchen cabinet, and two shredded throw pillows. I'm not even exactly sure how this happened. Maybe during the game of "Let's Be Pirates" when they were chasing each other around with plastic forks while yelling "Arghhh, Matey!" For the record, I don't typically let my kids play with plastic forks. They must have found and hid them during the family party we had for Lanie's birthday.  The second that I reprimanded them for this, my oldest yelled out "Aye Aye Captain", and immediately gathered the forks and put them on the counter.  I wasn't aware that I ran such a tight ship.


My youngest throws her food. ALL. THE. TIME. It's awful. Mealtimes are not fun, they're stressful. She has got the arm, and aim of a professional baseball player. She landed a piece of steak tip in my ice water the other night. I didn't even realize until much later when my husband pointed it out. Which leads me to my final vent. . . Feelings.

I talk to my kids a lot about how their actions can cause reactions. Good or bad.

Example: Charlotte, when you throw steak tips in my water, or scrambled eggs on the floor it makes me feel angry and sad. 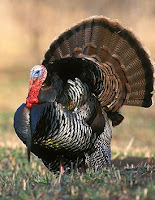 I just had to have a talk with Lanie about people's feelings while we were at the grocery store. We had to make a trip to the restroom. She had finished up and was washing her hands. Suddenly she yelled out "Is that a turkey?" It was not a turkey. It was a woman entering the restroom wearing a big poofy, dress. It was black, with white spots and some red mixed in. She also had big dangly feather earrings. As the woman made her way into the stall I nervously said to Lanie "Oh, you want to get turkey today? Okay" I was trying to gear the conversation in a different direction, even though I clearly knew that was not what she meant. She replied, "No, I don't like turkey. Is that a turkey that just went into the potty? Hey are you a turkey?" Now, I don't blame her for making the turkey comparison. Actually, I agreed 100%. This woman did look like a turkey, although I didn't let Lanie know that. It was my first official OMG, I am so embarrassed by what my kid just said, get me out of here right now, moment. I quietly said no, and scooped her up and out of the bathroom. We spent the rest of the shopping trip talking about being careful about what you say out loud. I said that the colors of her dress did look like a turkey, but she was a person who has feelings, and calling people turkeys is not nice. I asked her if she would like it if someone called her a turkey. She replied with "Yes. No, actually I want to be a Zebra." Kids will be kids, and I'm unsure if she got my whole point. That being said, she'll learn eventually. Just like Charlotte will learn not to throw her food. They just may need a few thousand reminders along the way.

Needless to say, it's been one of those weeks where I have felt my blood pressure rising on more than one occasion. My husband sensed this and could also relate. Yesterday he sent me out for some kid-free retail therapy. I got new shoes. Shoes kind of do make tough times better. He left for work this morning after giving us all a kiss goodbye, and quietly wishing me "Good Luck." He gets it. In the end, we win. All of us.

<< Just click this icon to register your vote! You can
vote once every 24 hours too! THANKS!
Posted by Unknown at 6:35 AM