Let me start by saying nobody is perfect and perfect days are hard to come by. They're a dime a dozen and though most days are good, I usually have at least a few moments with my kids that aren't so good. Maybe it's a temper tantrum about leaving the park, or the struggle of trying to get them to eat a decent meal. Most often it's breaking up an argument over a toy, or what seems like several arguments these days. This stuff happens, and I expect it to with a three and almost two year old. 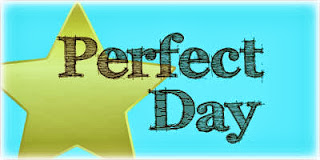 This perfect day started out no different than any other day . . . well maybe a little different. I woke up feeling a tad bit out of sorts. Actually, I held it together, but I was feeling sad. I've found myself thinking about my grandmother a lot lately. Truthfully, I think about her everyday, but I don't typically get emotional over it. This week marks two years since she's passed away. I miss her. I'm well aware that I'm going to contradict myself by saying this, but if I could describe her in one word, it would be this - Perfect. This woman raised six kids of her own. Yeah, six!  Anyone who can raise six kids of their own and still be sane is a hero in my book. She had a boatload of grandkids too, and spent a lot of her free time knitting us things. She knit sweaters, hats, mittens and blankets. When she was bored, she'd knit our favorite stuffed animals things. She had a few great grandkids too, my oldest being one of them. Lanie was lucky to get some of the hand knit Nana goods, and Charlotte was just as lucky to have them handed down to her. Though both my kids have outgrown these baby sweaters, I continue to hold on to them for safe keeping. They never seem to make my "give-away" pile. 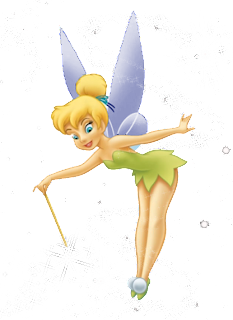 The funny thing about this specific morning was that my kids asked to play with their cards. (Over the years I have saved every card they've received from birthdays, holidays, or whatever the occasion might be.) I remember as a child my mom had done the same for me. I'd sit for hours looking through those cards and my kids do the same with theirs. Most of the time they'll sit on the floor digging through the massive pile looking for the ones coated with the most glitter. They like to pick it off and pretend it's "fairy dust". I don't really care, and it keeps them busy. Plus, there are so many cards that fighting over any specific one is rarely an issue. As I made their breakfast my oldest approached me with one particular card, "Can you read this? This one is my very favorite." It wasn't her usual go to card. The norm would have been any card that resembled Tinker Bell  vomiting "fairy dust" all over it, or one smothered in so much glitter that it would require you to dig out your dust pan and broom after it was touched. This card was simple. The front read "A Star Is Born". I opened it up, and there was her perfect, and very distinct  penmanship. It was a card given to Me/Lanie from my grandmother the day Lanie was born. Out of at least 150 cards sprawled all over our family room floor, she picked the simple one with the small, yellow star on the front. This was her favorite that day. It contained a small note, and was signed "Love from, Nana". The timing seemed perfect. 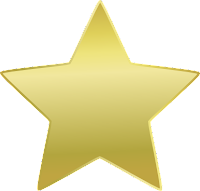 The day continued to flow in a direction that I'm not really used to. Well, I am used to it,  just not all at once. There is always that one, or some times more than one thing that will cause some minor, or sometimes major turmoil. The day was filled with good manners, role model behaviors and lots of hugs, giggles and smiles from my kids. Put it this way, I gave my kids a bath and there was no flooded bathroom. I cut their nails and there wasn't the usual wrestling match that ALWAYS comes along with doing so. I ran two errands and nobody tried to throw unnecessary items in the shopping cart, and no one tried to run away. BOTH of my kids took a nap. That NEVER happens!  I seriously considered buying a scratch ticket that afternoon because I was feeling pretty lucky. Instead, my husband and I took the girls out to dinner where they sat happily eating their THIRD meal of the day!  (Sitting and actually eating three meals in one day is unheard of in this house.) We had ice cream for desert, and then hit the park where my kids DID NOT throw temper tantrums when it was time to leave. (Again, that hardly ever happens.)

It was one of those days that just seemed too easy. (Not that I'm complaining.) Was it a coincidence, or some sort of sign?  I'll probably never know, but I do know this . . . it was perfect.

Enjoy the blog? Please take a second to vote for us.
<< Click to vote once a day!