Ok, so kids are like sponges . . . I get it. I've learned that even at a very young age things soak into their tiny brains when you least expect it. I may have said a handful of choice words (by accident) around my oldest when she was young . . . very young. I quickly learned that I needed to clean up my trash talking ways. I could no longer say things like "Sh!t" if I 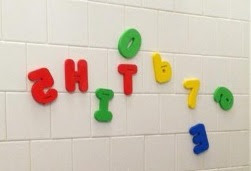 dropped something. (Even though, I thought at the time, she was too young to understand.) By saying this I may come off as a very clumsy person who drops things all the time, I'm not . . . "Sh!t" was one of her first words though, right after "Dada" and "Mama". Now, before you think that I'm an awful parent, she had a whole list of other choice words that she had picked up on her own. "Cock" was Clock. I'm not sure what "sh!t" was in reference to, but she said it all the time, and the mother of bad words was "Fa-Q" for Thank You. I'll never forget the time I was out on the back deck filling up her pool with water and she was at the screen door yelling "FA-Q MOMMY!  FA-Q!" over and over again. She had just turned two, and I got some very surprised looks from my next door neighbor as he glared over. That being said, it's pretty clear that it was just a pronunciation thing, and over time, with lots of reminders it was resolved. "Sh!t" however, stuck for a long time.

Now we all know that kids will often seek attention. Whether it's positive or negative they'll feed off of it, so sometimes the best thing to do is to not give into it and ignore it. Ok, fine . . . I'm not going to acknowledge the fact that she's saying "Sh!t" on a regular basis. Honestly, I was kind of obsessing about it.  I'd text message my husband and say things like "She said that bad word like 7 times today!" I vividly recall a time she was in the bathtub sticking her foam letters and numbers to the shower wall and right before my eyes she spelled it out . . . the number 5 backwards H-I-T.  I thought to myself OH.MY.GOD. She's not only saying it, but she's spelling it too! I'm pretty sure it was just a fluke thing and I was reading into it way too much. I wasn't sure if I wanted to laugh or cry.  I mean it was funny, kind of . . . but, I had a huge fear of my kid eventually going to school and being responsible for teaching all the other kids in her class bad words. I didn't want to have that conversation with my child's future school principal you know, telling me that I'm the reason my daughter's entire class swears like mini truck drivers. That word had been erased from my vocabulary completely. After about six months of me ignoring it and not obsessing about it (in front of her), it went away.

We live in the wooded hills of a state park. We often see all kinds of wildlife. Birds, squirrels, chipmunks, wild turkeys, foxes, woodchucks, rabbits, and kangaroos. (Better known as deer, but don't tell my kids that . . . they are kangaroos no matter how many times you say they're deer.) Lanie and I were pulling Charlotte along in the wagon and we were all enjoying the nice day. We were pointing out all the flowers and soaking in the sunshine and fresh air. Lanie starts yelling "Oh Look, Mommy! Look! A Marsupial!" While I'm thinking she had one upped me with her kangaroo talk, I'm expecting to look in the direction she's pointing towards and see a deer.  No, that was not the case. I responded with - "OH SHIT! That's not a marsupial. That's a coyote!" She replied with - "OH SHIT! You're right! That is a coyote!" Charlotte replied with "Moooo Moooo". The upside to this was that we were not the mother and two kids that appeared on the nightly news because we had been mauled by a wild animal. We quickly turned around and went home. During the short walk back my oldest repeated the phrase "OH SHIT, did you see that?", several times. I told her once it was a bad word. The rest of the time I just ignored it. 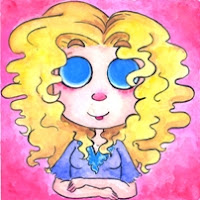 I have 2 years until she attends kindergarten. I'm hoping I can resolve this problem by then. If not, consider this my sincere apology to anyone in our school district. I solemnly swear not to swear like a sailor ever again. (Unless I see another coyote)